Vermilion, Ohio is a small town of about 10,000 residents on the south shore of Lake Erie. The Vermilion River and the area immediately east, known as the Vermilion Lagoons, collectively is the largest small boat harbor on the Great Lakes boasting more than 3,000 boat slips. The town was first incorporated as a village in 1837.

Vermilion was once known as the “village of lake Captains,” with many of the original homes from this period still standing in the Harbour Town Historic District adjacent to the river. Today, many professional offices and the city administration are located in this area, along with restaurants and shops. The Harbour Town Historic District is bustling with life during the summers, and most notably during Vermilion’s two big festivals- The Festival of the Fish in June and the Wooly Bear Festival in October. 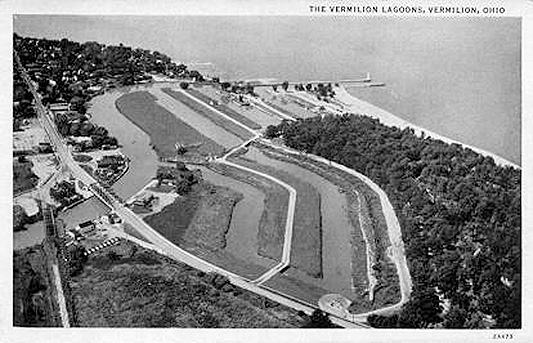 The aforementioned Vermilion Lagoons is considered one of the first planned residential neighborhoods on the water in the United States. Construction on the lagoons began in 1928 by a Cleveland contractor named Louis A. Wells. The area was largely swamp land before construction began, and the first bulkheads and channel was complete by the end of 1929. As the development progressed, covenants were established and a supervising architect was retained to approve all proposed cottages to be built in the lagoons. The 1 ½ story Cape Cod style was determined to best fit the site, and were to all to be white with the builder or owner’s choice of black or green shutters and shingles. 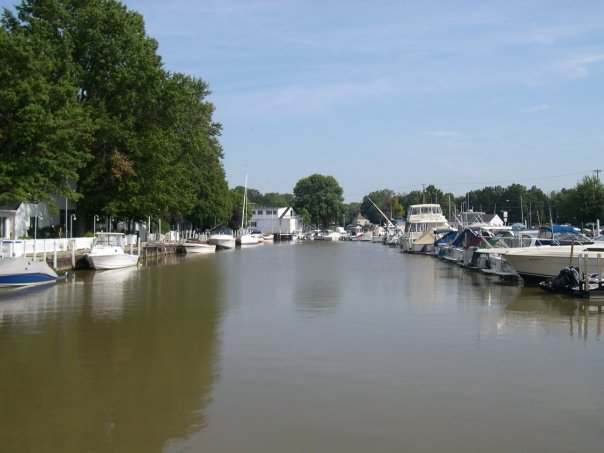 Vermilion is a great place to enjoy for a weekend getaway or for the full boating season. We hope you’ll take the time to come visit, and consider making Vermilion your new port of call!